The Sentinel was first the idea of a hunter standing with a spear, looking out over the plains. As I developed the idea, I couldn't bring my self to follow through with a form having two legs and arms. This was not to be a realistic model more a suggestion of an idea. The process of removing elements and developing the open space around the form, became the idea. An attempt to express the complexity of a person, not simply in appearance, but elements, like values, beliefs. In the early days of my artistic development, I recognized the character of hot rolled steel (HRS). As it is produced the oil used in the rolling process burns adding surface elements to the hot steel. Anyway, as I welded the adjoining pieces to one another the (HRS) blue-black surface became outlined with polished edges. The form of the sculpture then became like the drawings I made, with distinct lines highlighting the sections of the work.  With sculpture, it is hard to capture the loosely sketched feel of a drawing, the energy the slowly developed work is hoped to resemble. The contrast with this combination of dark (HRS) and polished welds accentuates the flow of the form.
This piece 'Sentinel' attempts to represent a guard or protector to a person's values whatever they may be. 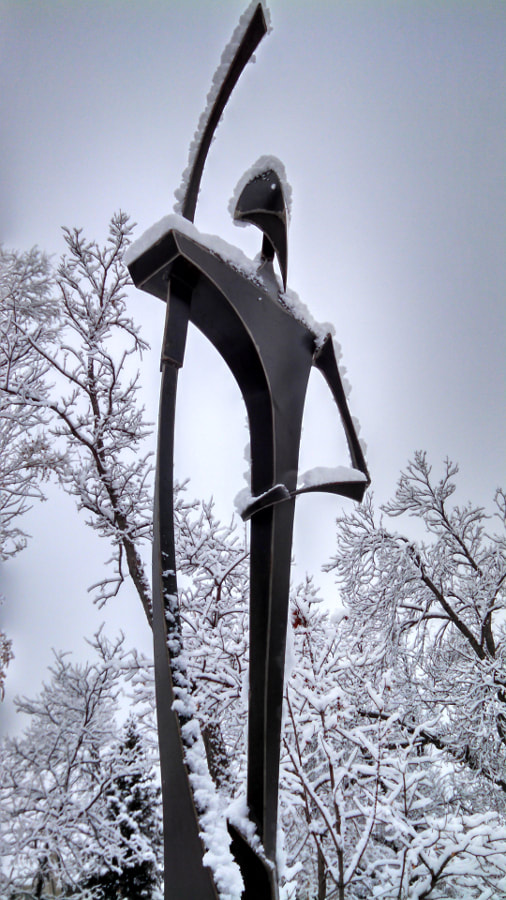